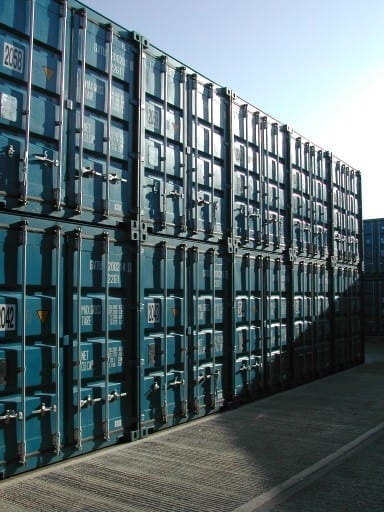 You’ll have seen shipping containers at some point in your life, whether stacked up at the docks, piled onto boats or being carted around on the back of a lorry. But have you ever seen a shipping container that was also a functioning, and actually rather nice, residence?

Here are a few of the most interesting and original buildings around the world that have been constructed from the humble shipping container:

Situated in Amsterdam, this huge container complex is the biggest development in the world to use shipping containers as homes. Originally built as temporary student housing, the complex has become surprisingly popular with students and is looking like it may well stay a lot longer than originally planned. As well as student accommodation, the complex contains art studios, cafés, shops and even micro gymnasiums.

One of the best known container living developments in the world, Container City is situated on the banks of the Thames at Trinity Buoy Wharf. Unlike Keetwonen, which favours neat stacking of the containers one on top of the other, Container City takes a much more liberal approach to architecture. The brightly coloured containers with their porthole shaped windows are arranged in a higgledy piggledy fashion, with varying levels of elevation and criss crossing design that makes it look more like a modern art installation than a pile of shipping containers.

From the biggest complex, to the tallest, this 26 metre high stack of shipping containers is not only the tallest container built building in the world, it is also the tallest building in Zurich! Owned by the bag making company Freitag, this unbelievable stack of shipping containers houses their flagship store, and was created from recycled containers to highlight the fact that their products are made from recycled materials too. The first four levels of container house the store and display areas, and the rest are merely storage space, making use of the containers for the purpose they were originally intended.

Shipping containers are excellent for a range of architectural projects, due to their durable construction, ease of maintenance and cost effectiveness. A school in London saw the benefits that could be gained by recycling shipping containers, and proceeded to build a new sports hall and gymnasium from them… in just three days! Not only did Dunraven School’s new building go up in record time, but was also completed on a budget of only £1.5 million, which is around half the average cost of a similar sized gym.